This week Shg meeting was grand success. The best part was that nobody was in hurry and gave their full participation to the last minute. Meeting was hosted by one of the most jovial member of our group- Amit dixit, assisted by Devapreeta. 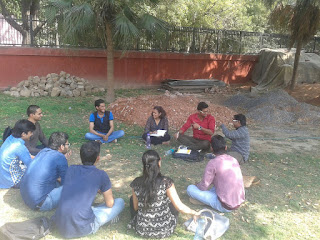 There were many fun activities introduced by our host. First round was introduction round where everybody gave their introduction along with their interests and hobbies. Then, for two minutes we all meditated. After this our old members explained about techniques to the new members, asking them to use them whenever they speak, keeping the techniques in mind.

Moving further, next round was quite innovative as members were given a hypothetical situation on which they had to speak for about two minutes. People came with such interesting responses that it was actually amusing to listen to each and every member’s response. In the next round, cards displaying different kind of emotions were distributed to members. Those who got similar cards were put in one group and were told to discuss situations where they experience such kind of emotion as displayed in their respective cards. After they have discussed, one or two members from each group came forward and spoke about those situations. 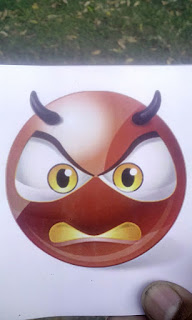 The whole objective behind this activity was to encourage interpersonal interactions between members present there. Following on, we had a session where members were asked to sing, tell jokes or recite anything suiting their interests.

Few sang, some found delight in telling jokes while two of them recited lines from their memory. And, subsequently we had book reading session where each member had to speak as slow as possible in order to concentrate on each word they are uttering out. Two new members joined us, and actively participated in every activity.

The meeting was extremely joyous as the best part was that everybody actively showed their unbridled enthusiasm.

Great meeting- and equally GREAT report..
Yes, having fun is important while exploring your inner attitude and feelings about speech..
Thank you friends..

Hello, I would like to be a part of this group to overcome my Stammer. Pls provide me a contact number to contact the concerned person. Thanks. Lenju Thomas