Voices from the ground.. 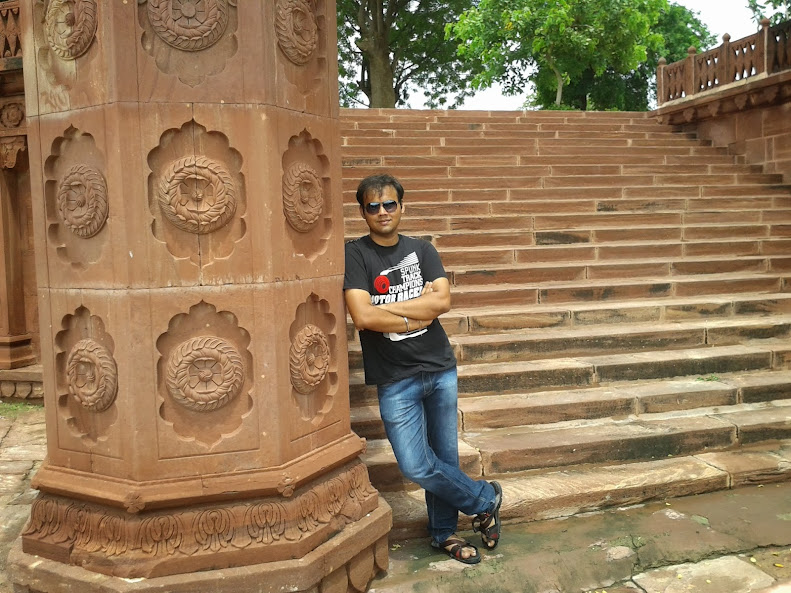 As a process of internal monitoring and grounds-up learning, we interview people who have been associated with TISA for sometime. Gaurav is one such asset of this community! He has been facilitating Mumbai SHG for quite some time. Many of you may have met him in Khandala NC. His story illustrates a subtle and often ignored truth: TISA only provides an environment: Rest depends on our INITIATIVE...
Without much further ado, let us get on with his valuable feedback (Ed.).

1. Please introduce yourself...
I am Gaurav Dubey, a pws from Mumbai, currently working as a software engineer in an IT firm.

2. Was stammering a problem for you? How big?
Yes, Stammering was always a problem for me, until I stopped viewing it as a problem. Because of stammering, I had developed an inferiority complex and used to be depressed, which eventually decreased my self-confidence. Thus I used to talk less and was assumed as a ‘silent’ fellow in school and college, where I never participated in debates/speaking activities. Also I had a tough time getting a job for the same reason.

3. How did you try to help yourself?  (ie. before TISA).
My family always supported and motivated me whenever I used to feel low coz of stammering. The internet also helped me a lot to learn about stammering and acceptance. I also attended some speech therapy sessions, but that didn’t help much.

4. How did you come in contact with self help movement?
Through Yahoo IndianPWS health group! I got to know about TISA, self-help and Mumbai SHG from this group.

5. Since when have you begun taking a more active role in Mumbai SHG?
Mumbai SHG had a workshop held in January 2014. Post this workshop, I became actively involved in SHG meetings. And when we had elections again in June, I got elected to core facilitation team and since then have been actively facilitating SHG meets.

When I began regularly attending/facilitating shg meets, I realized that there’s more to life than worrying about stammering. Acceptance, and not fluency, is the key to manage stammering. Only thing is that I realized this late :P. And now the feeling to help other PWS realize this, is the force driving me forward.

6. How this change (taking up the role of facilitation) has helped you? In what ways? how?
Taking the role of a facilitator has primarily helped me by boosting my confidence. It has enhanced my leadership and managerial skills. It has also made me a better communicator. Attending shg meets has made me aware of various verbal and non-verbal aspects of ‘communication’ (which I earlier thought only meant ‘being fluent’).
And most important of all, it has made a better person, by making me aware of my responsibility towards the society. It has provided me a channel through which I can give back to TISA and society for whatever I have gained.

7. What challenges do girls face in joining and participating in SHGs? What could be done?
I believe girls hide their stammering more as compared to boys, might be due to social pressure. As a result of which they don’t come out of their comfort zones and don’t search for self-help. This decreases the women to men ratio in SHG groups. Although the ratio of women to men PWS is 1:4, in our SHG groups its even less, like 1:10. And because of this same reason, girls who are members of SHG, do not come in shg meetings, as they fear being isolated.

To improve girl’s strength, much focus should be given to awareness of TISA among general public. And at the same time, existing girl members should actively participate in SHG meetings, which would create a positive environment for new girls to join in.

8. As SHG facilitators, what challenges have you faced? and how did you deal with them?
One of the challenges is facilitating the shg meet itself! When people come to shg meets, they expect to take some learning back. Also we have new joiners in every meeting. So to draw upon a meeting agenda which suits all the requirements is a big task. We solve this out by having a core facilitation team instead of a single facilitator. Also, as this is a self-help group, we are always open to new ideas and feedback.

Another challenge, especially when we had toastmaster’s model, is that people don’t take responsibility seriously. So when roles are assigned to people for next shg meet and in event they are not coming, they don’t feel the need to inform the meeting manager of their absence. This used to burden the meeting manager to individually call each one of them. People don’t tend to take meetings seriously.

Also a challenge that many shg actually face is that you always find some people who like to keep on talking, in fact on every topic! We have solved this issue by having a timer for every speaker. So this provides everyone a fair chance of speaking.

9. What would you like to say to a young pws, by way of a message?
Being a pws is not a crime, so why worry so much about it! Just taking few seconds more to speak doesn’t make you a failure. Does anyone hate Hrithik Roshan, as he is a stammerer? No! People don’t care about the way we speak, it’s only we who make a mountain out of a molehill. Accept yourself and see how easily people accept you. Join a local SHG, attend TISA workshops and start noticing the difference in you.

Life has many wonderful things to offer and if you don’t stop worrying or grieving about stammering all 24 hours, you will surely miss those.

Thanks,
Gaurav
(Thanks Gaurav and all of you in Mumbai SHG!! Ed.)

Awesome post, can't believe I missed it till now. Proud to know Gaurav :)

Real good post Gaurav...I could really see that "Confidence" when i met you during FRIENDS convention. Good luck!!!

You're really a source of inspiration..... Proud of you!!