My name is Chandan Nagaraja, currently  I live in Ingolstadt, Germany. I'm basically from Bengaluru and i was part of Bengaluru SHG for quite long time. I would like to share a small incident with you all.

A famous director "Mr.Shanshank Taalya" from karnataka, Kannada film industry which is known as Sandalwood, has made trailer for his new film "Krishnaleela" (not remake of Ramleela) where he used real stammer person speaking footage as comedy object for the movie trailer.

I saw the trailer online and I messaged him in the Facebook about the stammering part.
Guess what...!!!?? he immediately replied to me and removed the stammering part from the trailer, edited it and released new trailer for the same movie. But,I honestly don't know whether he removed the stammering part because of my message or for some other reasons. Important thing is he showed positive attitude towards us, instead of ignoring just like any others. I felt really happy as he actually did responded to my concern. I messaged to many kannada director condemning the stammer usage part and almost always projecting or using as comedy object. But, no one bothered to reply, atleast Mr.Shanshank replied and expressed his gratitude and concern. Below, you can find my message and Mr.Shashank's reply.

By the way Mr.Shashank Taalya is renowened director in Sandalwood for his creative film-making and original stories.He is basically Civil Engineer, gave up his field to pursue career in film industry. He has directed very famous kannada film like "Moggina Mansu", dark interpretation of love's labour "Krishanan love story" and psycho-thriller " Bachchan" . You can read his biography here: http://en.wikipedia.org/wiki/Shashank_(director)

Watch the trailer Krishnaleela, you will enjoy it.

I think from this incident i can say that, If we try to create awarness regarding our stammering part/problem/ to others in right way, there is 1% chances that they will understand us and also the emotion phase we are going through..?!!!! 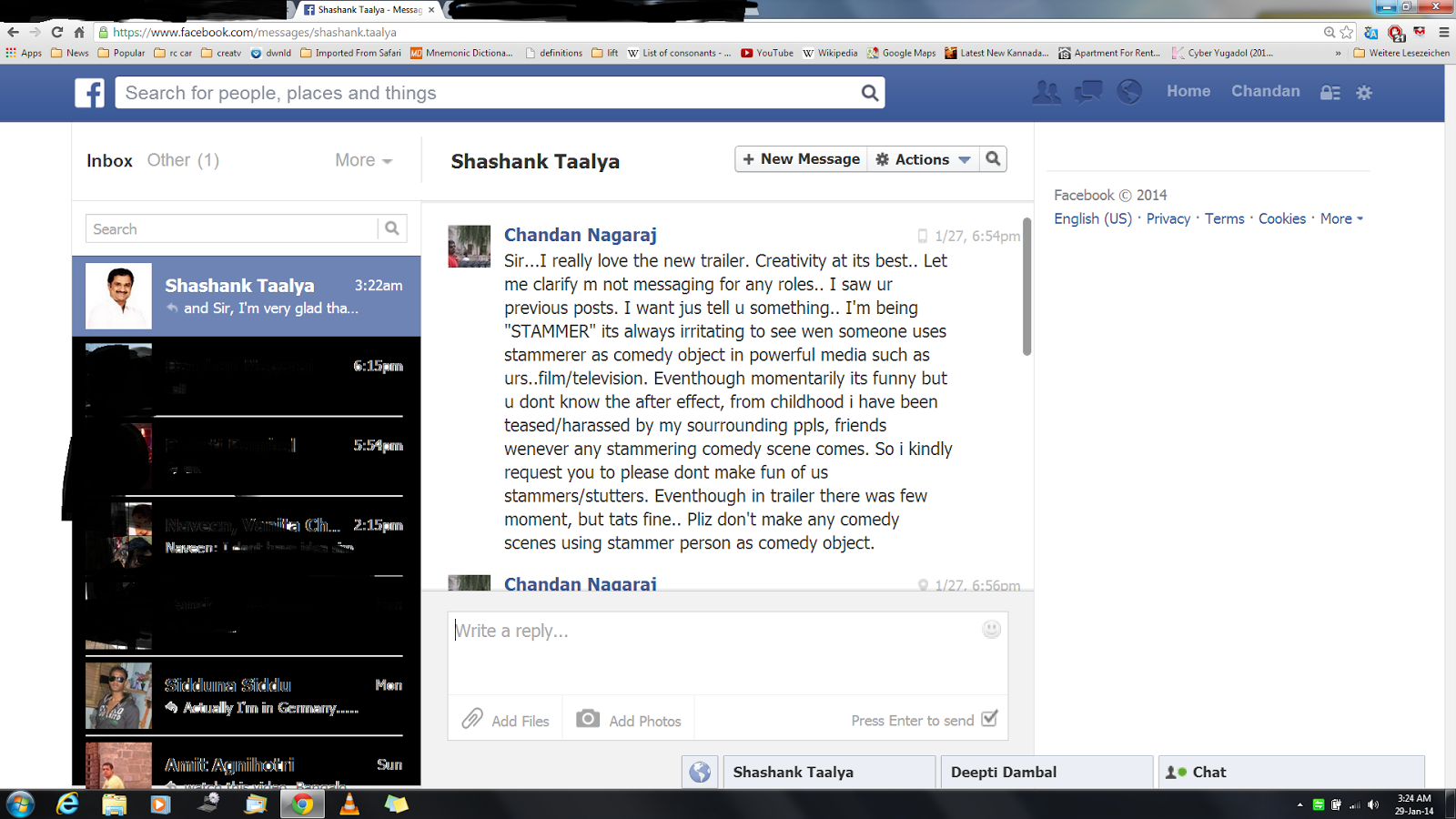 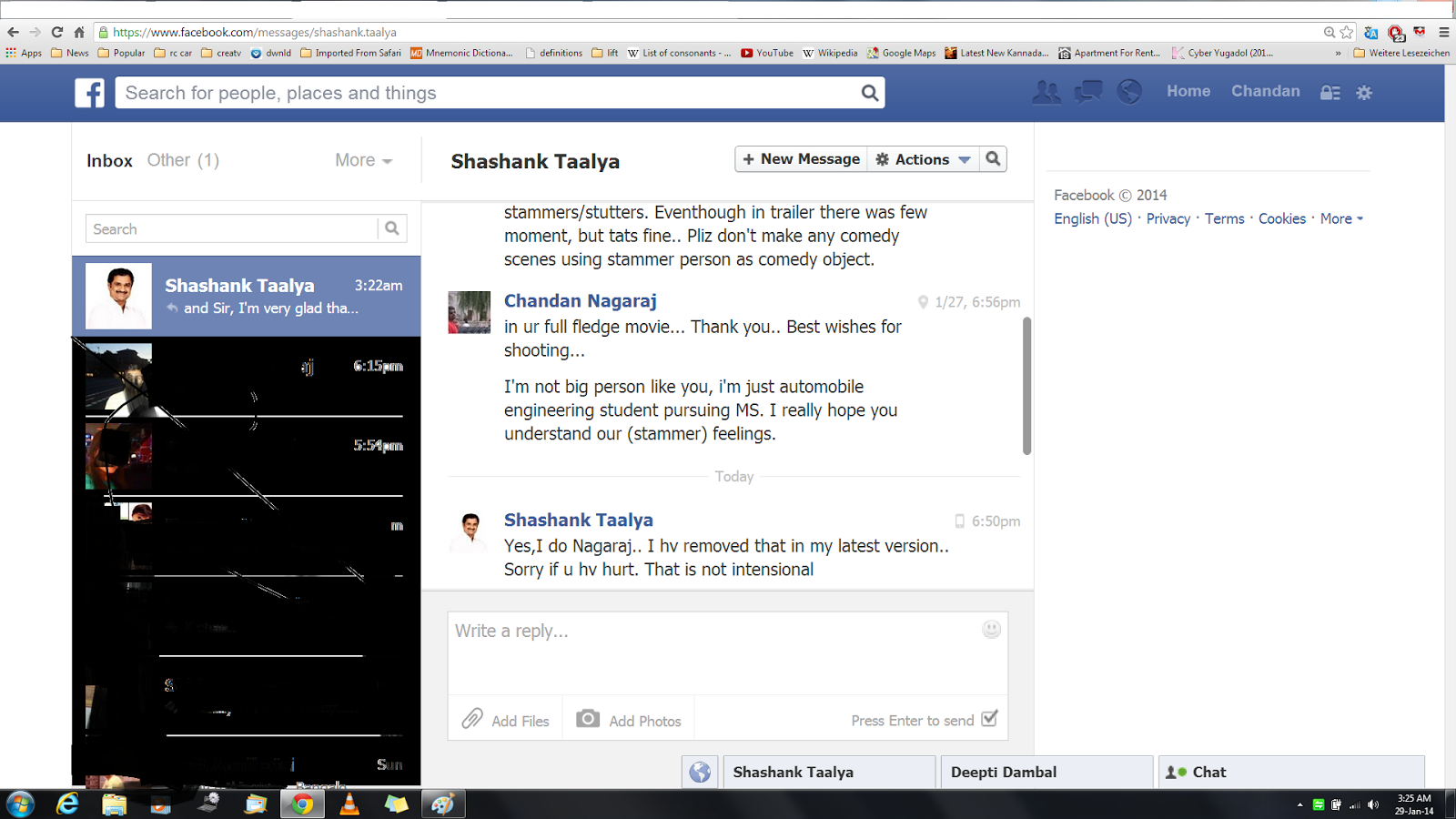 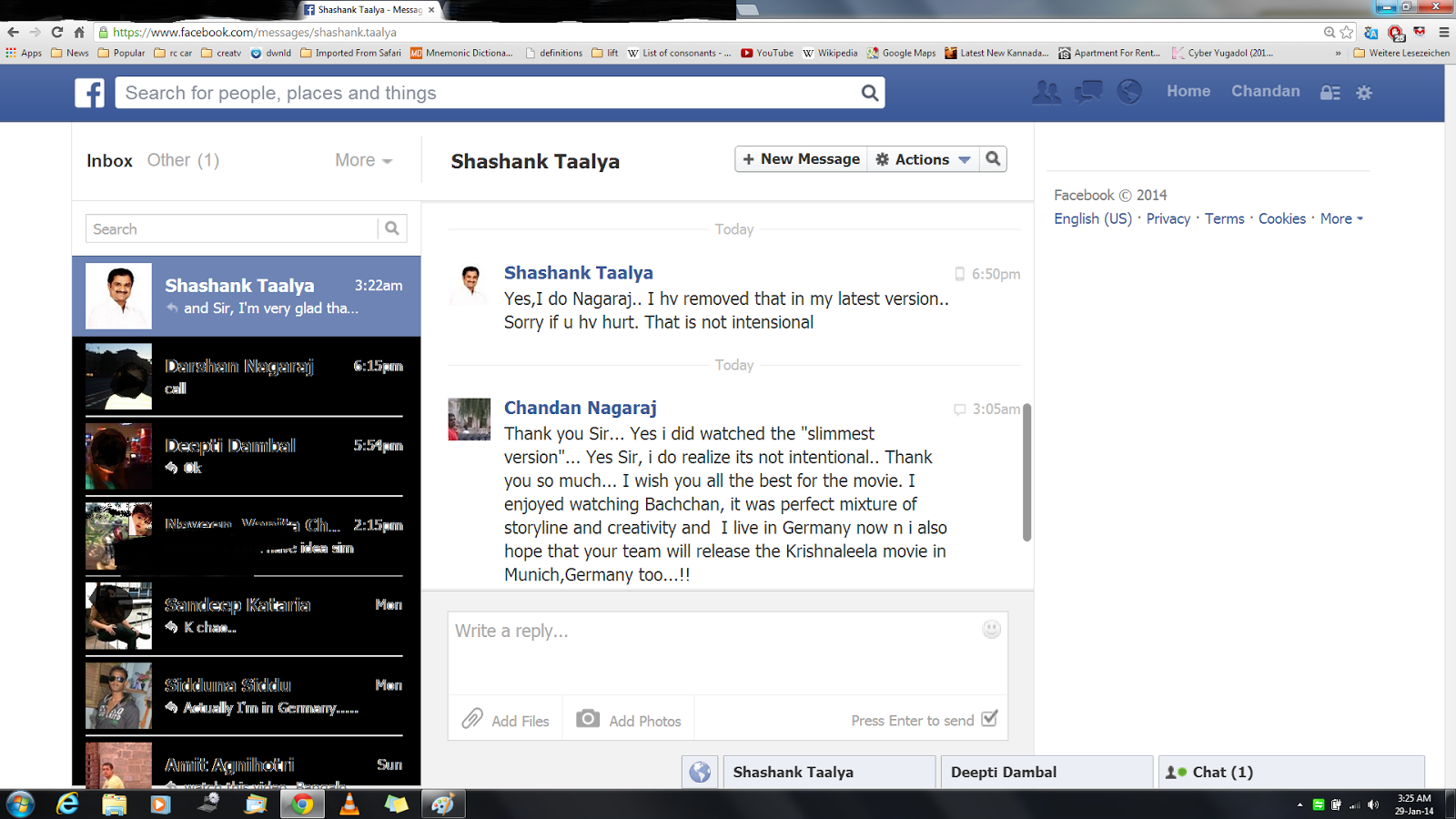 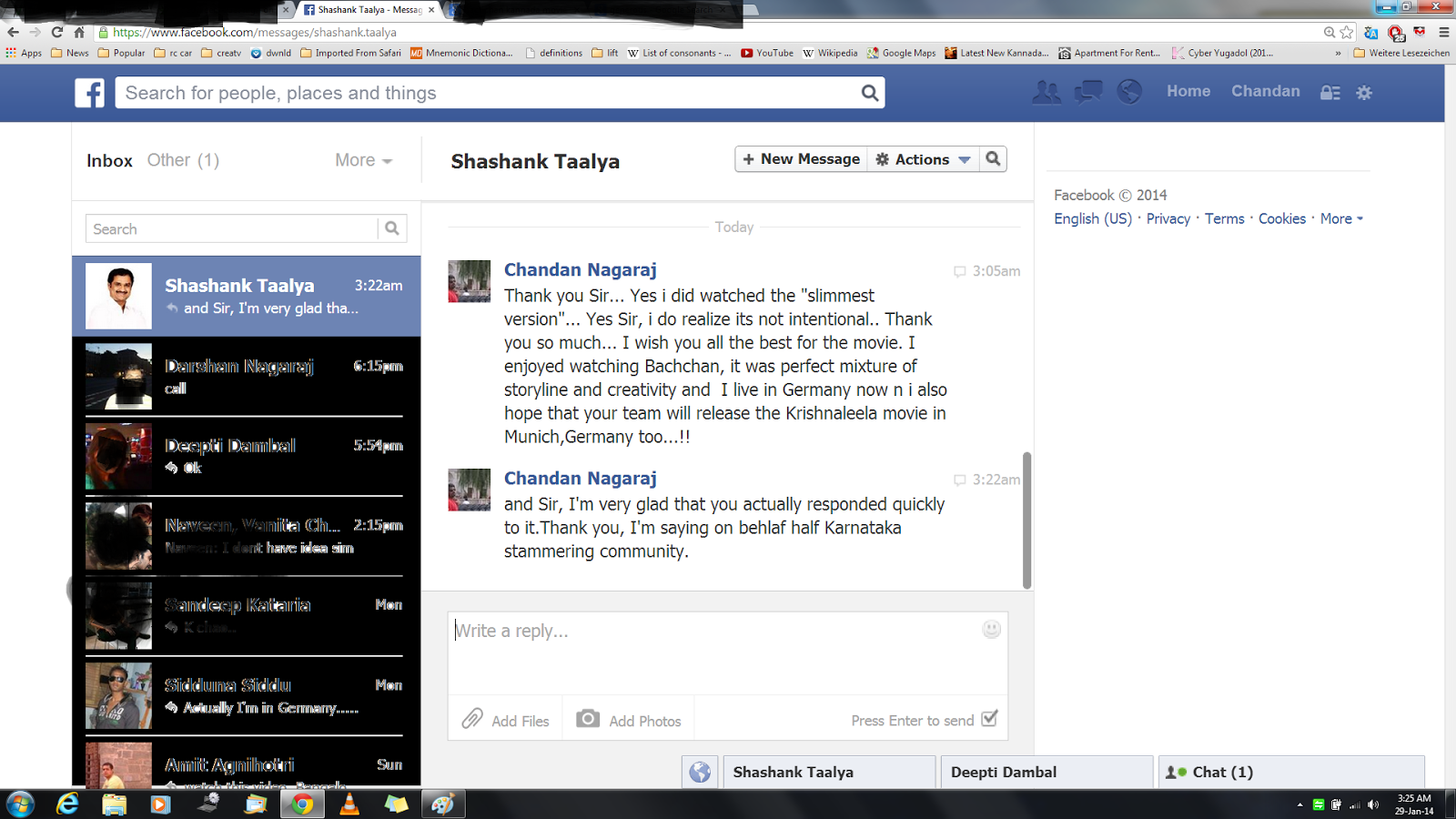 Good work done by you Chandan. Also thanks to the Director.