You cant write me off! 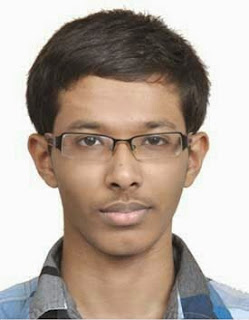 Here is a frank first post from Ketan Thakare - quite interesting and inspiring! He is from Mumbai SHG. (Ed.)

Well, I read the SH manual and in that the first step mentioned was the acceptance of the the fact that 'you do stammer'. So, here I am doing just that, breaking away from shackles of deniability which have bounded me in their clutches for as long as  I remember. This post will be little long so bear with me. This is my life story as a stammerer in brief.          I would begin by saying that I was not a stammerer per se as my mother used to say. As a child i had normal dis fluency like everyone else (also i would like to point out the fact that I started talking earlier than most people). However by the age I was 5, my stammering had begun. I don't know how I got it, Did I copy someone or did I become afraid of talking, I don't know. But once it began life became a bit difficult. However I used to stammer only in specific occasion and hence my stutter was limited but it used to cause me embarrassment all the same. That constant staring of people while I was stuck, those giggles, that  laugh on face, that bored and impatient face used to make me nervous and i would grow so fraught with fear that I would stop talking altogether mid sentence. My parents till now had thought that this was a passing phase. But, when this 'phase' would not pass even though i was in 3rd standard they became a bit concerned (that is 'Euphemism' there, fact is that they grew a lot concerned). However they didn't knew how to tackle it so began the endless lectures on their favorite topic 'Speak slowly. Stay Calm'. I tried that but to no avail. Till now my social interaction was satisfactory(not really good, I was not much popular but satisfactory ) but now it became quite non existent.            I became withdrawn. I used to be lost in my own word. At times, I used

to feel lonely(very lonely, it was emotionally tough considering the fact that children my age were quite different from me). To overcome my boredom I started to read, I started with simple newspaper articles and once I started there was no stopping. Well, I have become a vociferous reader and I have read quite a large number of books. They have not only enriched my knowledge base but also made me experience something transcendental and ephemeral happiness (words cannot describe but people who love reading would identify with me). As they fondly say, 'Every dark cloud has a silver lining' my improvement of my English was my silver lining.From 1st to HSC(12th) I have always topped my class in English subject. Also, as I had very little social life, I got a lot of time to study and this improved my academic performance a lot.           But this good thing created a whole different type of situation.Relatives,family friends and even family members said I was intelligent but that would be wasted as i didn't know to talk fluently. This single statement was hammered into my brain so much due to its constant use that even I started to believe it was true. But some part of my mind rebelled, it said that this was not true. There was constant deliberation in my mind whether to accept the fact that I would never amount to be be someone. But something happened that pushed to breaking point. Uptill now in my school life although i had been very good in studies, i had never been popular or for that matter been someone important. So, being a class prefect was to be my glory moment. I applied for it. I ticked on all the eligibility criterion. I was sincere, studious, disciplined, in short everything for me being a good prefect. I was sure of getting selected because other contenders for the post were somewhat less qualified than me in one aspect or other. Day of result arrived. I was pumped up for this was the moment which would see me take some real responsibility. When results were announced, I  was astonished. Someone else, less qualified than me, was selected. I couldn't fathom the reason why. It was gnawing my mind making me unfocused. So, i decided to go and talk to teacher-in-charge. During recess, i went to the staffroom  and in very polite manner( although somewhat stutteringly) i asked the reason why i had not been selected. Teacher smirked and in somewhat condescending manner said, " Reason is simple. I would explain with example. Suppose I give you an important message which was to be urgently conveyed to head master. And suppose while conveying, mid sentence you get stuck. Head master would not be able to make head and tail of what you are saying and this would create a lot of problems." For a moment, she paused, seeing that i had tears in my eyes, she continued in very matter of fact manner , " You should get used to the fact that you would always be overlooked for important work, lead an average life and there is nothing you can do about it".
I came out of the staff room and went to the washroom and cried. This was point of no return. Part of my mind, which was rebelling became dominant. I lost all my reasoning and there at that moment I decided that from now on if I get into something, i would defy all odds and be a success. Nothing can stop me and i would allow nothing to stop me.' You are in it to win it ' became my motto. I started to work doubly hard. Viva had been sore spot for me and i used to lose marks in them. That term for each subject viva, i sat for 6 hours and prepared . I practised each and every sentence and learned every syllable. My vivas were success. In so many years of my school life, this was the first time i had done extremely well in viva.This boosted my confidence. Although, this was my first victory of sorts, it heralded a beginning of chain of successes. Be it my SSC exam, my HSC exam or my engineering entrance exam, I excelled in everything. A guy whom people thought would amount to nothing did become something. I exceeded their expectations. I don't think  even in their wildest dream they would have thought that I would achieve a state rank of 123 among 2.8 lakh students in engineering entrance. Even if I have achieved this, i still stammer. And people continue to underestimate me. But i have learned to ignore that and sometimes i even enjoy it. When internship placements came, people thought that  i didn't stand a chance. However, i proved them wrong. For 26 days, 4.5 hours daily i practised each and every  expected question in front of mirror. I perfected each and every reply to hilt. People were surprised when i got placed first but I was not as I knew the cost of that success.
There are days when my stammer is at worst, there are even days when it is almost non existent. Now I think that i have suffered enough and it's time for a change. I know that path ahead will be difficult but I have to walk it. This post is my acceptance of my stammering, first step on that path.
Thank you for reading this.
Ketan Thakare
9167469672

Ed: Congrats Ketan! You have taken the first step. Rest of the journey wont be as difficult as this. Keep plodding and inspiring others...
Posted by Satyendra

Bravo Ketan!! and hats off on our efforts.. Keep writing, its a pleasure to read such posts.. All the Best..

For a moment I thought I was reading a novel !! Terrific Bro !!

These lines are truly motivating, 'You are in it to win it' !

It was great meeting you yesterday, and amazing to see this post, after just giving you AHJ yesterday! You're an inspiration to me. Please do keep coming to SHG. 'In it to win it!" I might have to borrow that :) :)

Your vocabulary and narration skills are exceptional. Very inspiring write up

Nice write up Ketan..Good luck for ur career..u were just born to win i feel...with such a bold attitude, u will reach heights...

Great Ketan.....A man is defined not by the no of times he fails...but each time he rises up to the challenges after the failures..........and u seem to be exactly doing that....

good ketan.you have done it.you are inspiration to all tisa members.